This week’s Classic is being served up by Jordan Ellenberg, whose new book, “Shape,” goes on sale on May $25$.

One of the many geometers who appears in “Shape” is the great Paul Erdős. In $1946$, Erdős himself posed a riddle about what are called “isosceles sets”: How many points can you place in d-dimensional space such that any three of them form an isosceles triangle?

But this week, Jordan is asking about what he calls anti-isosceles sets. Consider a $N×N$ grid of points. What is the greatest subset of these $N^2$ points such that no three of them form an isosceles triangle? (Note: Degenerate triangles, or triangles with zero area, do count as triangles here, as long as their three vertices are distinct.)

How many points are in the largest anti-isosceles set for a $4×4$ grid?

Extra credit: What about a $5×5$ grid, a $6×6$ grid, or even larger square grids? Can you find an expression (or bounds) for the size of the largest anti-isosceles set for the general $N×N$ grid? (If you figure out anything about the general case, Jordan would love to hear about it!) 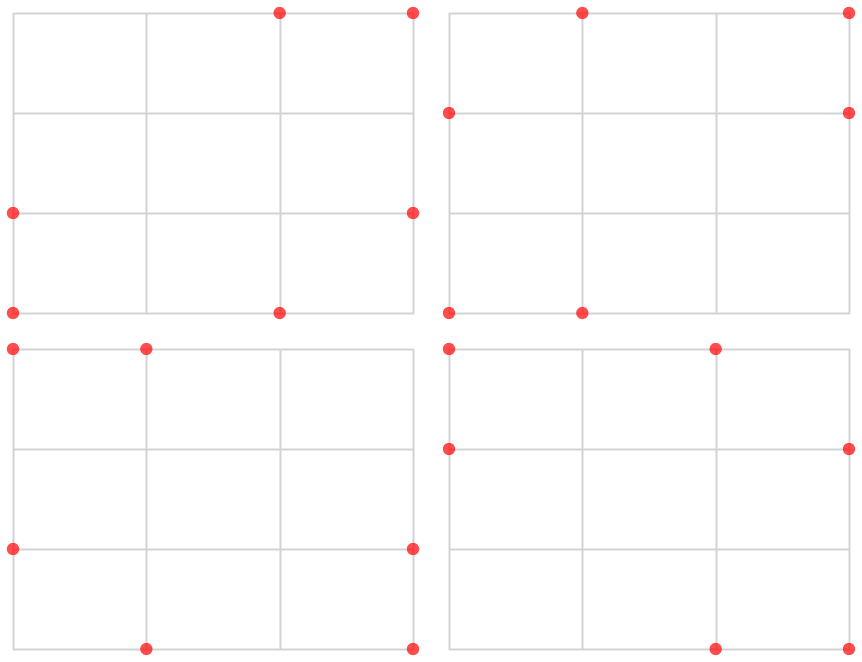