On his ninetieth birthday, 1946, to a young reporter who said, “I hope to interview you again on your 100th birthday.”

Dr. and Mrs. King were sitting together when they learned that President John F. Kennedy had been assassinated, November 22, 1953

Of the Royal Air Force pilots in the Battle of Britain

Epitaph Cela chose for himself

Epitaph on his gravestone, composed by Heisenberg, author of the Heisenberg Uncertainty Principle

HISTORY AND THE PAST 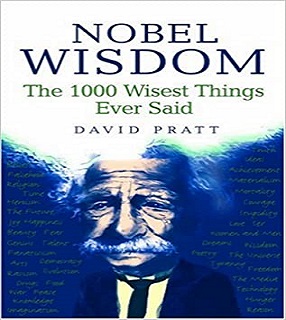 My favourite quotes from the book